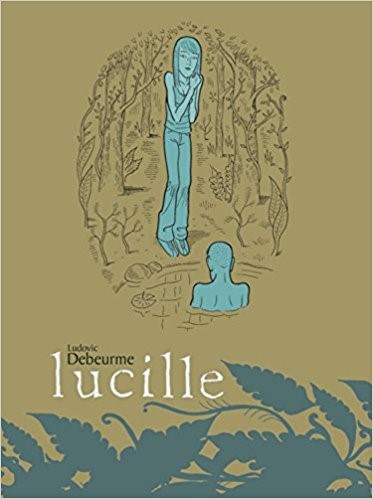 The novel is set in rural France and centers on two teenagers from families that are both fairly dysfunctional. Lucille Flavinsky is a 16-year-old girl who suffers from anorexia. Abandoned by her father, Lucille battles her mother’s attempts to get her medical help. Our other protagonist, Arthur, is a teenaged boy whose father, Vladimir, is a fisherman and an alcoholic. After a chance encounter at the hospital where Lucille has been admitted, Lucille and Arthur become a couple and decide to run away to Italy.

Early on, Arthur and Lucille find comfort in the fact that they can be themselves with each other with no need to pretend to be someone else. And yet with their acceptance of each other, they also dawdle in their own obsessions and find it hard to overcome them. From their first meeting, their infatuation breeds a naive hope that they can find salvation through caring for each other. This, unfortunately, ends abruptly and tragically when an altercation at a party leads to Arthur being arrested for murder and Lucille sent back home to France. The book ends somewhat ambivalently with the words “End of Part 1,” and the readers are left unsure what fate has in store for our protagonists.

Ludovic uses very clean drawings that clear away any clutter in the picture. There's only the necessary amount of detail in his work—nothing more, nothing less. That allows the reader to feel the loneliness of the characters and their anguish in certain circumstances. Most of the focus is on the characters of the book. Their expressions, even when stripped of all emotions, tell a lot. Lucille is not told in a linear fashion—we learn some crucial plot points early on and others towards the end. This works well for the story because the author doesn't waste time and pages dragging out a moment. In addition to letting his pictures capture the raw emotions of the characters, he also uses dreams and internal dialogues to exhibit both of the main characters' restless minds.

One of the sadder scenes in the book occurs when Lucille and Arthur awkwardly try to have sex, and a concerned Arthur tells Lucille that he doesn’t have a condom. Lucille then informs him that anorexics don't get periods. What’s truly heartbreaking is the way that she speaks, as though anorexics are their own species, and she’s something less than human. Through her eyes, the dehumanized way she perceives herself is palpable.

As mentioned earlier, besides Lucille, the other main character is Arthur, who has Obsessive Compulsive Disorder. He counts to cope with his struggles, and the novel shows him counting steps, counting slabs, anything to help him cope with the stress of his daily life. Unfortunately for Arthur, he comes from a long line of stoic men who deal with their problems through alcohol and not therapy. This hasn’t ended well for his family as all of the men have committed suicide. This quickly paints a tear-jerking picture that there is no chance of addressing the mental illness in his family. They are firmly of the belief that you take care of your own problems. In fact, by far the strongest relationship in the book is not the one that ultimately develops between Arthur and Lucille, but rather the one between Arthur and his own father. It is here that Debeurme makes his greatest emotional statement and forges a connection with the reader. When Arthur’s father commits suicide, his ghost seems to linger on every page.

The book makes a glaring point early on: two people with issues don't always complement each other; their destructive traits can bring the other person down. So, in a sense, this is an anti-love story.