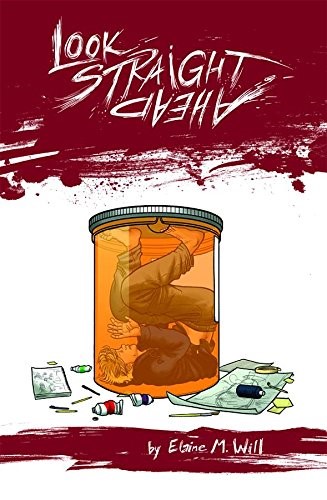 Jeremy is 17. It’s his last year of high school, and he can’t wait to be done with it. He has a crush on a girl but can’t seem to muster up the confidence to talk to her. And, like other kids his age, he struggles to pay attention in class. An introspective character, Jeremy finds solace in artwork and music. These escapes prove strategic distractions from an unfortunate reality—Jeremy is bullied at school on a regular basis. If he can just make it through one more year, he could put this all behind him. Sadly, this proves to be remarkably difficult for Jeremy, as he suffers a mental break mid-year.

Things start to go downhill when a stranger on the bus, with obvious mental health challenges of her own, proclaims that Jeremy is a prophet. Although he originally brushed it off, Jeremy considers the possibility and slowly begins to perceive himself as being spiritually superior. Meanwhile, suppressed anger surfaces at school when Jeremy breaks a beaker and walks out of class. This results in his suspension from school.

At home, Jeremy suspects that students at the school are trying to kill him. As he frantically digs in the backyard for a bomb, his father forcibly stops him. Shortly thereafter, Jeremy is hospitalized at an inpatient psychiatric facility. At the facility, Jeremy meets another patient, Ian, who encourages Jeremy to embrace his mental differences and stop trying to accommodate societal expectations. Jeremy seems to take this advice when his suspension expires and he is discharged from the facility. Flushing his meds down the toilet, he embraces his delusions. Eventually, this relapse results in his collapsing in the street. Shortly after being readmitted to the hospital, Jeremy and Ian escape. In the end, he hits a symbolic rock bottom, making up his mind that he has to fight his delusions to realize peace.

The vast majority of text in the book is an internal monologue. At times, the font breaks and Will draws the text in chaotic letters, contributing further to the feeling of chaos accompanying Jeremy’s psychosis. For the most part, Will utilizes black and white cartoon-style illustrations. Occasionally, she applies bright splashes of color for symbolic effect. Shading is often accomplished by solid black fill, while some pages appear to be illustrated with colored pencils.

Evidence of psychosis can first be seen in Jeremy’s behavior. We observe aggression as Jeremy breaks the beaker in class. Sleeplessness is a running theme, as well, as Jeremy asks: “How long has it been since I’ve slept? I can’t even remember” (p. 4). We also see Jeremy socially isolate himself from others.

On a cognitive level, Jeremy believes that ordinary events have special meaning, such as when he found a Kit-Kat bar wrapper and determined it was a sign. Unwanted thoughts emerge, such as Jeremy’s self-defeating monologue: “listen to yourself what is wrong with you no wonder no one likes you and Erin will never date you” (p. 15). He also has a false belief of superiority, as he states: “I’ve never felt this good in my entire life. I am one with the freakin’ universe, here. I feel like I could save the world. And I just might” (p. 81). Towards the end of the book, we also see him grapple with thoughts of suicide.

The psychological evidence of psychosis is rather obvious here. Ongoing religious delusions flood the second half of the book. Visual hallucinations are regularly displayed. Paranoia surfaces, evidenced by his insisting that his classmates were out to kill him. When asked if he saw them plant a bomb, he admitted he didn’t but somehow knew they were there. Poor Jeremy has frequent nightmares. He is afraid that he is plagued by parasites that are killing him.

Look Straight Ahead expertly reveals the complex experience of a patient experiencing psychosis. There is a push-pull relationship inside the mind of the patient who is simultaneously wanting nothing more than to feel well, while also feeling uncertain that treatment is indeed in his or her best interest. We see this repeatedly within Jeremy’s own internal monologue. For example, he wants so badly to be able to sleep through the night, but he is likewise afraid of taking medication that may put him to sleep forever.

Another fantastic humanistic insight is that psychosis can have a huge impact on a person’s relationships. We see this best within Jeremy’s relationship with his father. Every effort to communicate is lost in translation. The father yells, “do you enjoy being unhappy? (p. 39). After observing an incredibly difficult day for Jeremy, we know his bad attitude is reasonable and feel empathy towards him. Later, the father says: “Why are you shuffling around like that? You’re walking like a mental patient. Stop it” (p. 150); to which Jeremy replies, “Believe it or not, I’m not doing this just to piss you off” (p. 151). Soon thereafter, we see the father reading patient memoirs on mental illness, desperately trying to understand his own son. In this way, we feel empathy towards the father, as well.

For those who have never experienced psychosis, it can be very difficult to understand how these episodes can affect a person. Look Straight Ahead provides a glimpse into the mind of someone experiencing utter mental turbulence. Readers should be advised that the book can produce an anxious response—this is an intentional effort, made by the author, to create feelings of uncertainty and anxiety in conjunction with what the protagonist is feeling himself. Similarly, it can be difficult, at times, to follow along with various delusions.  Best advice is to let go and embrace a synesthetic reading experience.