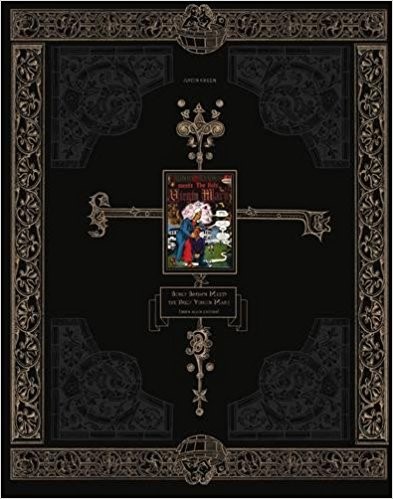 The story of Binky Brown follows Binky from grade-school to adulthood, with emphasis upon one aspect of his life: the conflict between his Catholic faith and his sexuality. As a young child, Binky is infatuated with the image of the Virgin Mary, an infatuation that only progresses as he gets older. As his sexual urges for the Virgin Mother get stronger so does his fear and self-loathing for his sinful thoughts. Binky soon begins to imagine that his penis is emitting a ray, and if left unchecked it could desecrate any holy object he happens to be facing. Eventually, these rays even begin to emanate from his fingers and feet causing Binky to have a mental breakdown.

At the time of publication, OCD was not an established mental health disorder, so despite Green’s profound ability to capture someone with OCD symptoms, he spins his narrative much more towards criticizing the institution of religion. It is very apparent in the book that the Catholic church and faith are the main antagonists for his suffering, and that bias is relevant throughout the text. This was, however, the 1970s, and Green and many underground comic artists of the time held the views common to the age that religion and government were the enemies of free thought.

Despite the fact that Binky Brown is an incredibly influential title (many authors in underground comics have stated their works would not exist without Binky Brown), the story itself can come across as being underdeveloped and incoherent. To parallel the story, the art often takes on a fairly manic and haphazard form, switching between being very detailed illustrations to more simplistic and chaotic ones, sometimes on the same page. This may be intentional considering the story and Binky’s own jumbled thoughts, but readers should be prepared to expect inconsistency.

Like many OCD sufferers, Binky is overwhelmed with intrusive, nonsensical sexual thoughts. An example of this is his obsession with eternal damnation and affronts to the Virgin Mary. Binky also compulsively checks with different priests to simultaneously prove and disprove the heinousness of each perceived sin. He also exhibits the use of pre-treatment rituals, which is a common OCD symptom. Examples of this include the way he repeats a prayer over and over in his head until he recites it with no mistakes (otherwise it doesn’t “count”), as well as his compulsive use of the made-up word “noyatin” whenever he has a sinful thought.

When Green imagined the story of Binky Brown, he was visibly angry with his own Catholicism for the manifestation of his “rays.” The dissatisfaction he had for the way faith played a role in shaming his mental illness is very apparent throughout the text. Historically, faith and religion have been antagonistic to those with mental illness, so it’s important to recognize this position and see the validity in his resentment regardless of the reader’s personal feelings towards religion in general.